A few days before NaNo started, I posted a letter to NaNoWriMo.

I wrote that letter in a stage of general fear.

I hadn't written down a single word of plot plans, and I had no idea what my novel was going to do. I had the first scene, and one smidgen of the conflict, and the last line.

I never knew how exhilarating, how beautifully frustrating and challenging this novel would be. All in all, in might be my favorite novel yet.

But the best part of pantsing the novel was the act of throwing caution to the air and being open to any ideas. It's that sudden, unexpected twist your story takes that changes the arc drastically. It's the discovery of truths and beautiful lines hidden in the drivel. It's the feeling you get, in a coffee shop; you are shaking, literally shaking, as your finger stumble across the words that slams the plot together, and you discover the truths and revelations that only become clear the moment the words touch the screen. They leave you surprised, shocked, and absolutely breathless.

It's an experience unlike any other.

Thank you. For everyone who supported me on Twitter. For NaNoWriMo, the program that kicked me in the pants and made me leap into the unknown, with abandon, only to come back on a badass steampunk parachute and with a velociraptor perched on my arm.

I feel so, so...overwhelmed. And giddy. And proud.

*crash*
Posted by Christina Li at 7:51 PM No comments:

The end, my friends, is near.
Posted by Christina Li at 8:57 PM No comments:

I am no longer at the point where I'm afraid I'm not going to finish. I have sixteen thousand words left.

Normally, had I been at 34K with the sixteen thousand words left, I would have freaked out.

But this NaNoWriMo has been different from all others.

My very very first NaNoWriMo, I was writing with a friend. We inspired each other, bounced ideas off of each other, but  it was a tough going. I loved my story premise, but then hated it. Though I reached 60,000 words, the story ultimately failed.

My second NaNoWriMo, I absolutely fell in love with the story, but it was so hard to write it. Nearly every scene was a struggle. I came in at around 52,000 words with the complete novel.

But this NaNoWriMo, I had Susan Dennard and her NaNoBootCamp, with all the wonderful NaNoCadets. I found a community, and I made great friends on Twitter. I did word sprints.

And even though I jumped into this novel with nothing written down on paper, and no index-carded plot, I knew my setting. I knew the barest bones of plot. And I knew the last line of the book.

But I wrote it.

Perhaps it was because I had so many points of inspiration, or because this was a much more complex, convoluted plot for my novel, but this year, even with absolutely no written plot, I wrote many, many words.

And I sound so sure now, like it was all meant to be.

But in September, or even October, I was nursing another idea. But somehow, in the last two weeks of October, the idea of this novel pieced itself in my head. It wasn't done--I had to figure out some of the plot from the trenches of NaNo. I loved the points of inspiration, but I wasn't sure where this novel would take me, or if it would ultimately result in a mess of broken plots and story lines.

I wrote it. I threw myself headfirst into a story I intuitively loved. I made some amazing friends and I sprinted with them, and they cheered me on when I was sure the story was going to give up on me. My writer friend Andi was there for me, always welcome to my texts, always firm and reassuring.

There were school days I wrote 3K, 4K, no problem. Days when I struggled to break 1K. There were miraculous days where I plastered my butt to the chair and set my hands on fire, and I came out victorious that day with seven thousand words.

And the story--it's developed so much, fleshed itself out, but in the roots and the vision, it is nearly fundamentally the same.

And I am so, so close to the finish.

It's like those last miles of a marathon, where you see everything sort of flash before your eyes, and you experience simultaneously all the emotions of elation and frustration and joy that brought you to this moment.

I know 16K sounds like a lot, but compared to the work I have done on my novel thus far, the 16K will be written, and I will be at the finish line on November 30th, dazed and awed.

NaNoWriMo, I will see you there.
Posted by Christina Li at 7:05 AM No comments:

So OMG, the weeks have flown by! One day, I was staring at a blank Scrivener document and panicking about not having a plot and now, I'm almost done with my novel!

Week Four is harder. Much harder. Basically, it has gone from this:

I have never gone as far as 62K in *any* NaNoWriMo before.

I will do this. 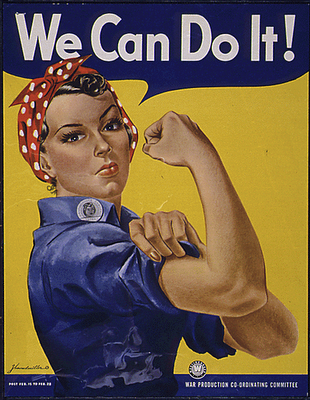 Right now I'm saving my words, haha, but I promise there will be a much more detailed blog post after NaNo has ended. NaNo has not killed me, I promise! :)

Want a song, though?


It's from my playlist and describes one of the main characters perfectly.


It's the most beautiful, magical song ever.

See you at the finish line!


Posted by Christina Li at 7:40 PM No comments:

Life during NaNo and inspirations

So, cheers for braving the first week of NaNo!

So, I didn't expect much. Like, honestly, I had not plotted out a single smidgen of structural plottiness in the waning days of October. I expected my dazzling story idea to splat on the page, and leave me to scrape up the pieces through grueling 1,667-word chunks.

But what I did NOT imagine was emerging out of Week One with 19,000 words under my belt!!!!

Last year was hard for me. Like, hard. I loved my story to death, and I still do, but it was pretty much mentally painful to struggle to get myself to the quota. Sure, there had been times when words were flying out, in tandem with my organized (?!) thoughts, but that happened like, 0.5 times. Point made; NaNo was no piece of cake.

And it still isn't. But there are some things I didn't expect, and they genuinely shocked me.

1. How many words I can write in 30 minutes.
I guess all the sprinting paid off, eh? The first time I attempted, seriously attempted NaNoWriMo, I managed around 900, 1000 words an hour for an all-out sprint. And then I cut it down, for chunks of 500 words in 15 minutes, which, truth to be told, I struggled with.
But this year? Some of the practice has finally paid off. I can top 1000 words, easy, in 30 minutes. Maybe in 25, if I'm super-inspired.

Uhhhh....what? I'm not the fastest typist on earth, but some demon has taken over me, I'm sure.

2. And this year, my scenes are no longer problematically short. My zombie-brain has no idea whatsoever I'm filling in the scenes with, but I know it's not painful padding. My scenes, on average, around around 1000 words. Wow. And a few 30 minute sprints mean...
I've had three nights in the first week, when I've written 3000 words or more. (There was that INSANE school night when I wrote like 4600 words --but it is legendary, and I doubt it will happen again.)

3. How the story is coming to me.
Sure, I still need to think through things and sure, they're not coming easily but when I say I had no bit of plot, I MEAN I had no plot. Nada. Zip. Nothing written, at all. And...

...the pantsing has worked, for me? For this novel, at least? Usually if I can picture scenes in my head like a movie, I'm good to go.

4. Music
Now music fuels my writing. I mean, I can't write without plugging in a favorite soundtrack. I think it's just special to thsi novel--the scenes come so fast and furious, and...this novel just has been very special to me.

So overall, happy surprises! Watch out, Wrimos--Week Two might hit a slump, and watch me come back crying and smeared in guilt chocolate.

But until then, here is a song that I absolutely love, and it fits the spirit of NaNo perfectly.

Me on the Internet